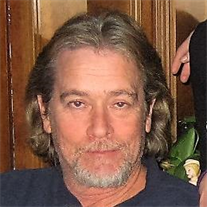 Funeral services along with his mother’s funeral will be held 2:00 p.m. Tuesday, March 1, 2016 at the First Baptist Church in Mulberry Grove, Illinois. Visitation for Kevin and Bettie will both be held Monday from 4-8 p.m. at the Donnell – Wiegand Funeral Home in Greenville. Memorials may be made to the family.

Kevin Lee, the son of Donald and Bettie Fox Gaffner was born January 22, 1958 in Highland, Illinois. He grew up south east of Smithboro, Illinois and attended the local schools. Kevin graduated with the class of 1978 from Mulberry Grove High School. He continued his education at a technical college in St. Louis, Missouri. He worked as a mechanic and then for Labor Local Union #622 in Greenville. He enjoyed the outdoors, working on small engine repairs and NASCAR.

Kevin married Robin Young and were together for 14 years before they were divorced. He is survived by his children: Nathan Lee Gaffner of Colorado, Kathryn Grace and special friend Steve of Beecher City, Illinois and Nikki Elaine Gaffner of Mulberry Grove, Illinois. He was the loving grandfather of 5: Colton, Zach, Delilah, Jayden and Lucas. Also surviving are his sisters: Karen Kay Willmann and husband Max of Greenville and Kimberley Jenne and husband Jeffrey of Worden, Illinois.

Kevin was preceded in death by his father Donald and mother Bettie who died 1 day prior on February 26, 2016 and a brother Kenneth Gaffner.