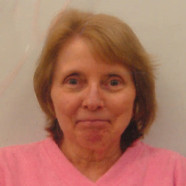 In addition to her parents, she was preceded in death by her first husband, Russell Lewis Miller; and a sister, Janice Marie Yoakum.

Surviving is her husband, Jerry Doyle of Breese, whom she married December 9, 2006 at the Cathedral of the Immaculate Conception in Springfield; her step-children, Kevin Doyle and wife Susan of Tuscaloosa, AL and Kelly Titsworth and husband Tim of Breese; grandchildren, Jeremy Doyle, Heather Ferris and husband Jody, Justin Doyle and wife Jill, and Kaitlin Titsworth and fiancé Michael Krohn; great-grandchildren, Hunter Ferris and Miles Doyle; and a sister, Dixie Mae Alvies of Springfield.

Ginger retired as a CPA form the State of Illinois EPA Department and was an antique dealer along with her husband Jerry. She also enjoyed real estate development, and established an underground house subdivision.

She was a member of St. Dominic Catholic Church in Breese.

Memorials may be made to the Alzheimer’s Association and will be received through Moss Funeral Home, 535 N. 5th, Breese, IL 62230 who is in charge of the arrangements.