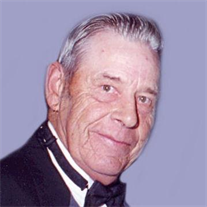 Glenn was born in Marine, IL and attended Loos School, west of Marine and graduated Highland High School in 1944. He was a lifelong grain and livestock farmer. His passion was raising and caring for his herd of Polled Hereford Cattle. He, along with his family exhibited many of their cattle at County, State, and National shows. He also enjoyed traveling to and attending Purebred Cattle sales in many states. He was a member of the Madison County Fair Association, serving as the Superintendent of the Beef Show, for many years. He was a strong supporter of 4-H and Junior Livestock shows, and served on the Madison County Youth Livestock Auction Committee. In recognition of his strong commitment to youth, he was inducted into the Illinois 4-H Hall of Fame in 2013. With his love for 4-H, Jr. Beef Shows, Madison County Fair and love for Livestock, his work enriched the lives of numerous young people.

Glenn served many years on the Marine Cemetery Association Board. He currently was serving as President of the Cemetery Board, a position he held for over 30 years. He was also a member of the Marine Masonic Lodge #355, the Madison County Farm Bureau, and had been a member of the Illinois Polled Hereford Association, the American Hereford Association, and the Illinois Beef Association. Glenn had a keen interest in cemeteries, which led him to research the history and ancestry of many families. His interest and knowledge of the Civil War was extraordinary. He had a never-ending quest to always learn more about it, which led him to Gettysburg in 2013. He loved reading, Polka dancing, and working with his International H and M tractors.

Funeral service will be at 11:00 AM on Thursday, March 10, 2016, at United Church of Christ of Marine in Marine, IL., with Rev. Philip H. Kershner officiating.