Marshall L. Kirkham, age 99, of Greenville passed away Wednesday, March 9, 2016 at Greenville Regional Hospital. Funeral services will be conducted Tuesday, March 15, 2016 at 11 AM at Young Funeral Home. Interment will be in Montrose Cemetery with graveside military rites by V.F.W. Post 1377. Friends may call Tuesday, March 15, 2016 after 9 AM at the funeral home. Memorial contributions are suggested to Bond County Meals On Wheels or The Lem Rhodes Cancer Foundation.

Marshall was born September 9, 1916 in Greenville to Marshall B. and Mary Anna (Mayfield) Kirkham. He married Blanche Paul on March 2, 1946 in Highland, IL. She died October 26, 2013. He is survived by his sons, Dennis Kirkham and his wife Jo of Greenville, Robert Kirkham and his wife Lois of Alamosa, CO, and Edward Kirkham and his wife Tana of Sherwood, OR along with three grandchildren and one great grandchild. He was preceded in death by three brothers, Elmer Kirkham, Howard, Kirkham, and Cecil Kirkham and two sisters Ivah Rainey and Viola File.

Marshall grew up in Greenville and worked as a meat cutter for The Kroger Store from 1937 to 1940. He served in The U.S. Army Air Corps from 1940 to 1945 and was stationed at Scott Field and also in India. After the military he worked as a letter carrier for the U.S. Post Office retiring in 1973. After retirement he worked from 1973 at 1976 for Heston Meat Processing and from 1976 to 1979 he worked as a summer postal worker at Coulter Bay, Grand Teton National Park. He was a member of the American Legion, V.F.W. Post 1377, The National Association of Letter Carriers, and was a founding member of The Bond County Sportsmens Club. 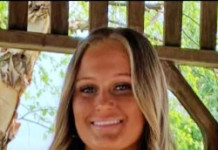 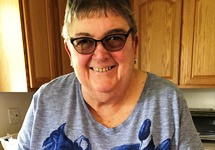