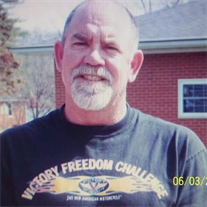 Michael K. Rainey, age 59, of Carlyle passed away at his residence on Saturday, March 5, 2016 surrounded by his loving family. Mike was born in Mt. Vernon on November 5, 1956 the son of Robert F. and Shirley M. (Keller) Rainey. He married Julia Crippen on May 15, 1976 and later divorced. On November 8, 1986 he married Lisa Vandeloo – Lake in Bartelso, they later divorced.

Mr. Rainey was preceded in death by his father Robert Rainey on May 27, 2014.

Mike was a graduate of Carlyle High School and later attended Kaskaskia College in Centralia. He was an avid fan of all sports, especially Cardinals Baseball and Illini football and basketball. He also enjoyed watching high school sports and was the time keeper for Carlyle High School varsity football and basketball teams. Mike was a little league coach, and coached many of the sports his children played. He was a former member of the CHS Athletic Booster Club and Carlyle Jaycees. Mike took every chance he got to play a round of golf with his brothers and friends.

Mr. Rainey was a lineman for the Clinton County Electric Cooperative in Breese until he retired. After retirement he started working as a driver for Zachry Farms in Carlyle and worked there until his failing health prevented him from working.

Michael donated his body to Southern Illinois University School of Medicine. A Celebration of Life will be held at 6:00 PM on Tuesday, March 8, 2016 at the First United Methodist Church in Carlyle with Pastor Keith Michaels officiating.

Friends and family may call from 4 until 6:00 PM on Tuesday, March 8, 2016 at the First United Methodist Church in Carlyle.

Per Mike’s wishes in lieu of flowers, memorials are suggested to HSHS Hospice or the Carlyle High School Athletic Department and will be received at Nordike Funeral Home in Carlyle, which is serving the Rainey family.