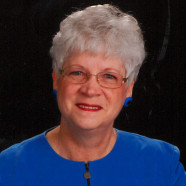 In addition to her parents, she was also preceded in death by her father-in-law, Robert “Bob” Weber; and a sister-in-law, Sandra Weber.

Nancy was the office manager for the Tri Twp. Water District and also worked as a supply analyst at Scott Air Force Base. She was a member of West Gate Baptist Church in Trenton and loved spending time with her grandchildren.

Funeral Services will be Wednesday, March 9, 2016 at 10:00 a.m. at West Gate Baptist Church in Trenton with Rev. Paul Hooks and Rev. Ray Draper officiating. Interment will follow in Trenton Cemetery.

Memorials may be made to Siteman Cancer Center Research Fund and will be received at the funeral home and at the church.