Graveside Services will be held at 10:00 a.m. Monday, April 4, 2016 in Mt. Auburn Cemetery. Full Military Honors will be accorded by V.F.W. Post 1377 of Greenville. For those who desire memorials in Charlie’s memory may be made to the Parkinson’s Foundation at Donnell-Wiegand or at the service.

Charles Edward Hootselle Jr., the son of Charles Edward Hootselle Sr. and Evelyn Simet Hootselle, was born on December 13, 1947 in St. Louis, MO. Charlie grew up in St. Louis and attended Walnut Park School and graduated from North West High School. He attended J.B. College in St. Louis for a time. Charlie answered his country’s call by joining the United States Army on June 17, 1968 in St. Louis becoming a Light Weapons Infantry man. He was honorably discharged at the rank of Specialist 4 on June 16, 1970 being awarded the National Defense Medal, Expert Rifleman (M-16) and Sharp Shooter (M-60 Machine Gun). Charlie worked in a factory for a short time then joined the rail Road becoming an Engineer retiring from the Union Pacific Rail Road. He and his family lived in Troy, Illinois for 12 years, Wilmington, Illinois and retired to Greenville in 2009.

Charlie and Janet Lee Staniszewski were united in marriage in January of 1971 and have enjoyed over 45 years together. Janet survives as do two of their three children: daughter Amanda Arlene Hootselle, son Christopher (Kenda) Hootselle, both of Greenville 4 grandchildren: Nicholas and Samantha Hootselle of Greenville, Logan and Isabella Hootselle of Coal City, IL, brother Thomas (Donielle) Hootselle of Bonne Terre, MO, sister Sandra Morrison of Indianapolis, IN, and Daughter- in-Law of Coal City, Illinois.

Charlie is preceded in death by his parents Charles and Evelyn Hootselle, and his Son Charles L. Hootselle.

Charles was a member of the Polish Catholic Church. 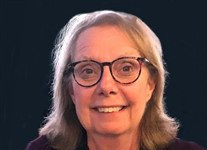 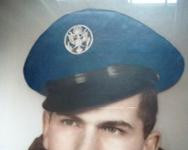