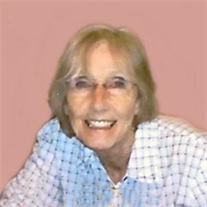 She was born October 06, 1944, in Edwardsville, IL, the daughter of Woodrow and Dorothy (nee Fetter) Pratt.

On January 21, 1984, she married Dennis Ray Conrad in Alhambra, IL. He survives in rural Alhambra.

Vickie was born and grew up in Edwardsville. After High School, she got married and stayed home and raised her children. She was a great homemaker and mother and loved being with her children as they grew-up. In 2005, she began working at Alhambra Care Center as Director of Activities. She retired in 2010. Vickie was a Published Author of a children’s book “Birds Are Bears Best Friend”. She enjoyed fishing at the lake behind her home and being with her family.

Memorial funeral service will be at 11:00 AM on Thursday, April 28, 2016, at Salem United Church of Christ in Alhambra, IL., with Rev’s. Jerry Amiri and John Mindrup officiating.

Memorial contributions may be made to Salem United Church Christ or Siteman Cancer Center.