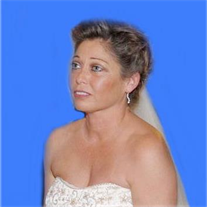 On April 22, 1983, she married Steven Edward Klingbeil at Highland, Illinois, and he survives.

She was a member of First Congregational Church of Highland. She was also a member of Mosaic Church – Highland, IL; Madison County Humane Society.

Kris was born in Highland, IL and was a 1979 graduate of Highland High School. In high school she was the #1 team player for Highland and was the first female athlete to go to state competition from Highland. She played tennis at Eastern Illinois University for 2 years. She also, taught tennis for several years. For several summers, she choreographed summer musicals while attending Eastern. She received her Master’s Degree from Eastern in 1983. After college, she managed the Child Care Center at Deaconess Hospital in St. Louis. Kris worked in the Child Development Laboratory at Vashon High School, St. Louis, for 8 years. She worked for Children’s Home and Aid Society for the State of Illinois running their Therapeutic Day Care Program monitoring foster homes. For four years, Kris taught Pre-school at St. Paul Catholic School in Highland. She worked as a Legislative Liaison for Rep. Ron Stevens for several years. This past year, she was a representative for Premier Designs, a bible-based jewelry company with proceeds benefiting missions. She had made two mission trips to Nicaragua where she and her husband sponsored a child . She had taught Sunday school for 12 years at First Congregational Church. Kris started roller skating at age 14 months, she ultimately skated in regional and national competitions winning many medals. She had a passion of caring for animals. She enjoyed traveling to the beach and Mexico. She loved to decorate, was a good cook, and liked to fix meals for other people.

Memorial funeral service will be at 3:00 PM on Sunday, April 10, 2016, at First Congregational Church of Highland in Highland, IL., with Rev. Greg S. Brady officiating.