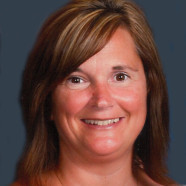 Michelle L. “Shelly” Rainwater, 46, of Aviston, born May 26, 1969 in Anchorage, AK, died Wednesday April 20, 2016 at her residence in Aviston surrounded by her loving children, special friend and family.

Shelly graduated from Lebanon High School in 1987 and was enrolled in the registered nursing program at Kaskaskia College. She was formerly employed for several years at Jim’s Formal Wear in Trenton. She enjoyed boating, hunting, cooking, canning, gardening and spending time laughing with family and friends.

She was preceded in death by her grandparents, Elmer and Helen Hoeffken, and Jim Dowdy.

She is survived by her children, Kenny Hagarty Jr., Mary Hagarty and Kaitlyn Hagarty; her father, Rick Rainwater of Oklahoma; her special friend for many years, Steven Markus of Aviston and his son and granddaughter Chad (Melissa) Markus and Olivia Markus all of Breese; paternal grandmother, Mary Dowdy of Belleville; siblings, Carrie (Mike) Halasey of New Athens and Rick Rainwater Jr. of Wagoner, OK; nieces and nephews Christopher (Kasey) Chappell, Cheyenne and Cheryl Halasey, Nicholas and Emily Rainwater; and was formerly married to Kenneth Hagarty, Sr. of New Baden.

Memorial service will be held on Saturday, April 23, 2016 at 12:00 p.m. at Moss Funeral Home in Trenton with Rev. Gretchen Sterrett officiating.

Visitation will be Saturday, April 23, 2016 from 9:00 to time of service at Moss Funeral Home in Trenton.

Memorials can be made to her children’s educational fund and will be received at Moss Funeral Home and checks made be made payable to Kenny Hagarty, Jr.