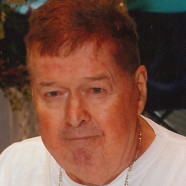 In addition to his parents, he was also preceded in death by his wife, Etsuko, nee Shimada, Kuziel, whom he married August 28, 1950 in Tokyo, Japan, and she died June 8, 1987; a granddaughter, Kimberly Antoinette Kuziel; and a brother, Ed Kuziel.

John retired with the rank of SSgt. after serving 20 years with the United States Air Force. He was an avid St. Louis Cardinals fan and also a member of the Elks, Shriners, and the Masonic Lodge.

Memorials may be made to the Aviston Countryside Manor Activity Fund and will be received through Moss Funeral Home in Breese who is handling the arrangements.