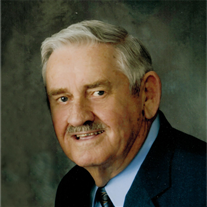 Alvin was born on the family farm, east of Grantfork, IL. He lived all of his 84 years on Steiner ground. He attended Fairview Country School. He served with the U.S. Army in France as a Military Policeman. He returned to the family farm and work on the dairy farm with his father. He retired from dairying in 1978. He then raised grain on the farm until early 2000’s. He was a school bus driver for 18 years. He enjoyed playing cards (Jass every Tuesday for years). He enjoyed his family, traveling with his family and siblings. He was an avid Baltimore Orioles fan from when they were the St. Louis Browns. He never missed a school event for sons and grandchildren. He enjoyed and had a large collection of Eagles.

Funeral service will be at 10:00 AM on Monday, September 12, 2016, at Grantfork United Church of Christ in Grantfork, IL., with Rev. Tim A. Darmour-Paul, officiating.