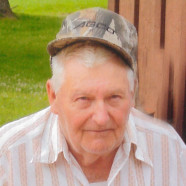 Ted was a Veteran of the United States Army serving during the Korean Conflict, was a former automotive technician and retired from E.J. Kehrer Farm Supply Inc. in Albers where he worked as a mechanic and did custom baling. He enjoyed farming and raising livestock, and being outside.

Funeral Services will be Friday, October 14, 2016 at 11:00 a.m. at the Moss Funeral Home in Breese with Deacon Charles Litteken presiding.

Memorials may be made to the American Heart Association or to the Alzheimer’s Association and will be received at the funeral home.