He was born on Thursday, July 26, 1951 in Highland, IL. He was the son of Bobby G. and Naomi L. (Watson) Blunt. He was first married to Jo Ellen Harrison, they were divorced and then he later married Alice F. Post on March 2, 1985 at the New Douglas Baptist Church in New Douglas, IL.

Elvin was a Carpenter who worked for over 40 years at his occupation. He was part owner in Blunt Construction. He had previously worked at Wagner Electric, Wicks Organ, and drove a milk truck for David Whiteside Milk Hauling. He later worked on many construction projects for Shell Oil Refinery.

He was a member of Carpenter’s Union Local O664 in Alton, IL; Elvin was a member and former Captain and Assistant Fire Chief for the New Douglas Fire Department with over 35 years of volunteer service. He was also a member of the Madison County Firemen’s Association and the 3M Firefighter’s Association. Elvin was a current member of the board of directors for the Staunton Area Ambulance Service. He was also a long time blood donor with over 100 gallons donated. Elvin was a former Trustee for the Village of New Douglas and a former member of the board of directors for the Three County Public Water District. He was a Life Member and former President of the New Douglas Community Club. He also played kitten ball and softball for the New Douglas Community Club Team. He was an avid golfer and participated in league play at the Oak Brook Golf Club for 40 years.

He was preceded in death by his Parents: Bobby and Naomi Blunt.

Funeral Services will be held on Thursday, June 21, 2018 at 11:00 AM at the Immanuel Lutheran Church in New Douglas, IL with Deacon Patricia Caley officiating.

The Lesicko Funeral Home in Livingston, IL is privileged to take care of the arrangements and services for Elvin Blunt and his Family. 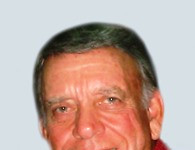