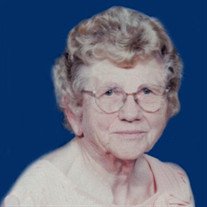 She was born on Tuesday, September 26, 1922, in Mount Olive, IL, the daughter of Carl and Esther (nee Henschen) Mindrup.

She was a member of First Baptist Church, Alhambra, IL.

She was born in Mount Olive, IL, grew up in Mt. Olive and New Douglas. After marriage she and her husband live in Alhambra, where she has lived ever since. She and her husband raised and sold produce and Sweet potato plants from their home in the Spring. They also had a rug loom and spent time in the winter months making rugs. She worked 17 years at Gehrig’s Store, Alhambra, IL, as a clerk. She enjoyed her grandchildren and gardening.

Memorial contributions may be made to Salem Cemetery, Bond County Hospice or First Baptist Church. 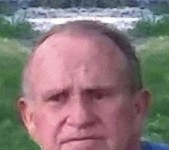 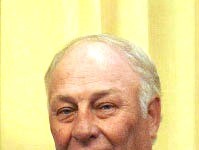