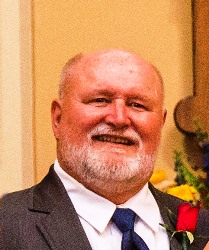 DUE TO COVID-19, THE VISIATION and FUNERAL MASS FOR LARRY POLLMANN HAS BEEN CANCELLED AND WILL BE RESCHEDULED.

He was born September 5, 1947 to the late Alvin and Eugenia, nee Middeke, Pollmann.

Larry was born and raised in Breese where he attended St. Dominic’s Grade School and Mater Dei High School. During his early years he spent a lot of time helping his dad run Pollmann Shell Service in Breese. After he graduated High School, he got a job at McDonnell Douglas in St. Louis where he worked in production and planning until he was drafted in 1966 by the U.S. Army to serve in the Vietnam War. When he was released from the service in 1968, he came home and continued his job at McDonnell Douglas.

After Larry and Joyce, nee Hilmes, got married in 1969, they resided in Breese where they raised their four children. Even though Larry enjoyed his job at McDonnell Douglas, he decided to attend Kaskaskia College to become an electrician. In 1977, he and Joyce established and ran Pollmann Electric for 28 years until their three sons took over the company. Joyce preceded him in death on July 14, 2002. He was also preceded in death by his father-in-law and mother-in-law, Lawrence and Henrietta, nee Richter, Hilmes; and brother-in-law, Gary Hilmes.

In his pastime, Larry enjoyed spending time with his family, especially his 10 grandkids. When he was not with his family, he was very active in the Vietnam Veterans of America and was a devoted member of St. Dominic’s Catholic Church. In addition, he was a member of the Breese American Legion Post 252. He also enjoyed working in the yard and grilling on his back patio. Larry was dearly loved and will be very missed.

DUE TO COVID-19, THE VISIATION and FUNERAL MASS FOR LARRY POLLMANN HAS BEEN CANCELLED AND WILL BE RESCHEDULED.

In lieu of flowers, plants, and other gifts, memorials may be made to St. Dominic Catholic Church or Vietnam Veterans of America 269 and will be received at the funeral home.