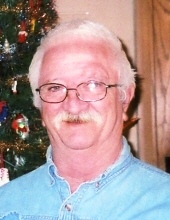 Paul Ray, the son of Julius Gerald and Hazel Penninger Nolan, was born June 11, 1947 in Dekalb, Illinois. Paul grew up in Pittsburg and Mulberry Grove, Illinois. He attended the Mulberry Grove Schools and a year at Rankin College.

After the Navy, he lived in Centralia, Illinois and worked at Murray Center. In his most recent years, Paul moved to Greenville and was a truck driver in Mulberry Grove until his health issues in 2008.

He is the father of Denise and Gina, uncle to Mark Nolan, Jeff Nolan, Pam, Cathy, Kristi, Brittney and several other wonderful nieces and nephews.
Preceded in death by his parents, brothers Gerald Nolan, Jr. and Lyle Nolan and a nephew David.

There will be a celebration of Paul’s life at a later date. Donnell – Wiegand Funeral Home in charge of arrangements. Memorials may be made online, www.donnellwiegand.com to help with funeral expenses. You may make donations under the crowdfunding link.