Terrance (Terry) Dean, Jr., the son of Terrance Sr. and Marie Jenner Perry, was born February 12, 1960 in East St. Louis, Illinois. The Perry family moved to Waterloo, Illinois where he attended the local schools. The family then moved to Pocahontas, Illinois in 1973 and Terry attended Pocahontas Schools and Greenville High School. 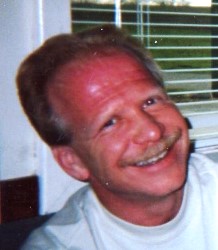 Terrance had a love for cooking. He had various jobs in the culinary world. He was the long time manager at Jay’s Restaurant (Jay’s Inn) Vandalia, Illinois and Country Corner Café in Pocahontas, Illinois. He also worked at Glenn Mueller Phillips 66 and Sheep Skin Factory. He loved fishing, playing video games, watching western movies and singing.

Preceded in death by his parents and brother-in-law Greg Carter.

Funeral services will be held 6:00 p.m. Wednesday, October 7, 2020 at the Donnell – Wiegand Funeral Home with Pastor Joe Lawson officiating. Masks are required for the visitation and services. Visitation will be held from 4:00 p.m. – 6:00 p.m. Wednesday at the Donnell – Wiegand Funeral Home. Memorials are asked to be made online, www.donnellwiegand.com under the crowdfunding tab. All donations will help the family with expenses.