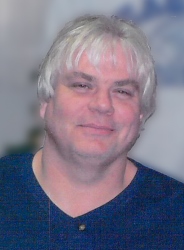 He was preceded in death by his parents; his father-in-law – Eugene Murphy; and 2 siblings – David Burkhardt and Mary Katherine Bolton.

Bill worked at the Centralia Correctional Center until his retirement in 2011. He worked as a guard and also in the commissary. He was a lifelong fan of the St. Louis Blues.

All funeral services for Mr. Burkhardt are private.

Expressions of sympathy in memory of Mr. Burkhardt may be made to the charity of your choice. Memorial donations will be received through Zieren Funeral Home, PO Box 276, Carlyle, IL 62231.

Online condolence may be sent to the family by visiting www.ZierenFuneralHome.com.