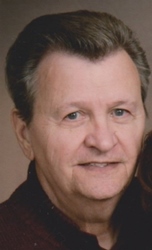 He attended First Baptist Church and later Highland Community Church. He had a very strong Christian upbringing through a Lutheran school. He was a former President of the Rotary Club in Gibson City, IL, and also a member of the American Legion, Post 439, in Highland, IL.

He entered the Air Force in January 1961 and served 4 years. His last station was at Chanute AFB in Rantoul, IL, where he met Marlene Offill at a dance.

He was a self-taught pianist, an avid reader, loved baseball and was a big New York Yankees’ fan. He installed the first major IBM system in the Quad Cities for Frank Foundries. He wrote inventory and billing systems for M&W Gear Co. IBM considered him an expert on their Systems 38, 35, and AS/400 that they asked him to come speak to their internal people and partners at IBM conferences. Some of his computer programs are still operating today. He ended up as the Chief Information Officer before retirement.

He was preceded in death by his parents, Richard and Vera Rottman; brothers, Carrol Allen Rottman, Garrel Ray Rottman, and Merrol Brian Rottman.

Memorials may be made to St. Jude’s Children’s Hospital or Wounded Warriors.