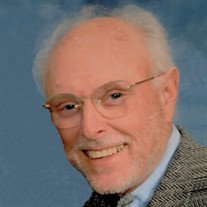 He was a member of St. Jerome Catholic Church in Troy, IL. He was also a member of KBS Gun Club in Tamalco, IL – Highland Pistol and Rifle Club – Pocahontas American Legion .

John was born in Boston, MA and at age 3 his family moved to Millersburg, IL. He was a graduate of St. Paul High School in Highland, class of 1964. After graduation he joined the US Army during the Vietnam War, serving in Germany. After his discharge he attended SIUE, earning a Masters Degree in Urban Development. He worked for the Civil Service as an Urban Planner for the US Military. He worked world wide including Alaska, Japan and Korea. He retired in 2008 and ran the 100 year family farm. John had many hobbies including beekeeping, shooting trap and skeet and several area clubs, was a Safety Range Officer at Olin, collected trains and loved to read.

Private Visitation and Funeral Mass will be at St. Jerome Catholic Church in Troy, IL, with Father Kevin Laughery officiating.

Memorial contributions may be made to Cardinal Glennon Hospital.