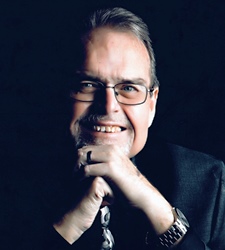 Roger was preceded in death by his parents, Wesley “Bud” and Mayme Powell Davenport, and his grandparents.

Roger was raised in Carlyle, Illinois. He attended and excelled in the Carlyle School District, graduating in 1970. He received his Bachelor’s degree from McKendree College in Lebanon, IL with a degree in Criminal Justice. He worked for a number of years for the Carlyle Police Department. Roger was one of the first law officers in Illinois trained to instruct school children in the D.A.R.E. Program. He later completed two Master’s degrees from Southern Illinois University. He switched jobs and was an investigator for the Illinois State Department of Children and Family Services. As reported to his wife Sharon by former co-workers, Roger impacted the lives of many children and saved the lives of many more.

Roger had a daughter, Staci, that was a very important part of his life. He did everything he could to give her the best life by providing educational, cultural and travel experiences. One of his best attributes he provided for her was his example of being open, accepting and caring for others. Staci’s two children Macyn and Brady were a joy in his life, and he loved them unconditionally. He would’ve done anything for those special “kiddos”.

Roger met and married Sharon in 2012. Over the eight years they were married they traveled extensively. They cruised, attended St. Louis Cardinal, St. Louis Blues and St. Louis Rams games, the theater, musical productions, National Parks and family events frequently. He participated in several plays and musical events as well. Even though he never achieved his dream job of being the sports broadcaster for his beloved St. Louis Cardinals he provided the play-by-play broadcast of each game for Sharon as he watched the games on tv. Roger and Sharon crammed a lifetime of adventures and memories in the eight short years, and he will be greatly missed by his wife and their two little dogs, Angel and Susie. Roger and Sharon moved to Biloxi in 2019 to start another adventure. They were enjoying this new phase of their lives in their new “happy place”. Roger had found joy in this new area.

A memorial service will be held in Illinois at a later date. Friends may contact Zieren Funeral Home for more information. Online condolences may be shared with the family by visiting www.ZierenFuneralHome.com.