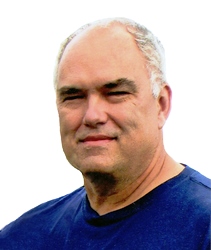 He was preceded in death by his parents and wife.

Gary owned Gerstner Plumbing in Breese for over 40 years until his retirement in 2019. He was a member of St. Dominic Parish in Breese and a longtime member of the dirt racing community. He was a proud Mater Dei Football dad, and his greatest love was spending time with this grandchildren.

A Funeral Mass of Christian Burial will be held at 10 a.m. on Thursday, December 17, 2020 at St. Dominic Catholic Church in Breese with Rev. Patrick Peter officiating. Interment will follow at St. Dominic/St. Augustine Cemetery in Breese. Mass is limited to 100 people and everyone is required to wear a mask.

Memorials made in memory of Gary are suggested to the Jared Burke Foundation or Mater Dei High School and will be received at Nordike Funeral Home, 150 N. Clinton Street, Breese, IL 62230. Online condolences may be made to the Gerstner family at www.nordikefuneralhome.com.