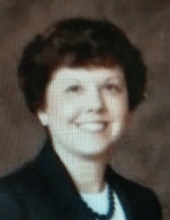 J. Christine Schildknecht, 74, of O’Fallon, IL, passed away Wednesday, December 9, 2020 at her residence.

Christine was born on March 10, 1946 in Belleville, IL. She was the former owner and funeral director of Schildknecht Funeral Home. Christine was a St. Clair County Deputy Coroner for 30 years, being sworn in by the late Rick Stone. She was a past member of the Illinois Funeral Directors Association, the St. Clair County Funeral Directors Association, a former member of the O’Fallon Historical Society, the O’Fallon Church of Christ, O’Fallon City Cemetery Board, O’Fallon Women’s Club and an O’Fallon Eastern Star.

Memorials may be made to the O’Fallon Historical Society by mailing donations to P.O. Box 344, O’Fallon, IL 62269.

Condolences may be extended to the family online at www.schildknechtfh.com.

COVID-19 restrictions will be followed, masks required, and social distancing. Limit of 10 persons at any one time during the visitation. Please be respectful of time and do not linger so others may pay their respects to the family.

Arrangements have been entrusted to Schildknecht Funeral Home, O’Fallon, IL.