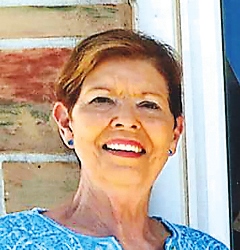 She was born October 30, 1942, in Merryville, Louisiana, daughter of Wade and Mildred Cooley, nee Jackson, and they preceded her in death.

Mrs. Conley had been a co-owner of The Ms. Shoppe, a women’s clothing shop, in Trenton during the 1970s, and later was a co-owner of At Your Service, a housecleaning service. She was the first ever woman to be elected as Mayor of the City of Trenton and later served on the city council. She was a former president of the Trenton Chamber of Commerce. She was a current board member and past president of the South-Central Transit District Board of Directors. She was a Master Gardener certified by the University of Illinois extension service, and a past member of the Trenton Tumbleweeds Garden Club and the Trenton Woman’s Club. She was awarded an honorary degree by Kaskaskia College in recognition of her support of the institution.

There will be a memorial service Saturday, December 19, 10 a.m., at Moss Funeral Home in Trenton, the Reverend Tom Rankin officiating. Friends may call from 9 to 10 a.m. at the funeral home. In keeping with Mrs. Conley’s wishes, her remains have been cremated. COVID-19 restrictions will be followed, masks required, social distancing, and please keep your visit brief.