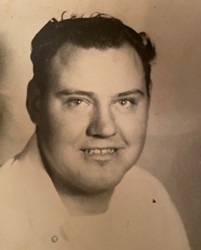 Paul A. Crouch age 77 of Greenville, passed away at 3:40 p.m. Tuesday in the Emergency Room at HSHS Holy family Hospital in Greenville.

Public graveside services will be held at 1 p.m. Saturday, December 12, 2020 at Sunnyside cemetery. The family welcome friends joining them with masks and social distancing. For those who desire memorials in Paul’s memory may be made to his family or to the American Diabetes association at the Donnell-Wiegand Funeral Home.

Paul Anthony Crouch, the son of Thomas W. and Ruth Hopkins Crouch, was born on February 8, 1943 in Portsmouth, Virginia. Paul was raised in Reno, Illinois where he attended the public Schools and grew to adulthood.

Paul worked for Nobby Schmidt as a mechanic then worked at Don Putnam Ford in Hillsboro for 41 years before his retirement. Paul enjoyed playing cards and his grandchildren.