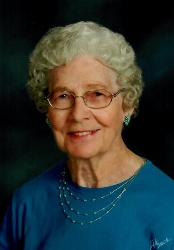 Elaine was born March 2, 1930 in Seminary Township, Fayette County, IL to Herman and Effie (Moore) Dothager. She married Peter L. Choma. He died in 2003. She grew up in the Pittsburg, IL area and graduated from Mulberry Grove High School. Her husband was a career Air Force member so they lived in several places throughout their lives. After her husband retired from The Air Force they moved to Trenton, IL and then after his death she moved to rural Mulberry Grove, IL. She was a member of St. Lawrence Catholic Church in Greenville and was also active in POW and MIA programs.