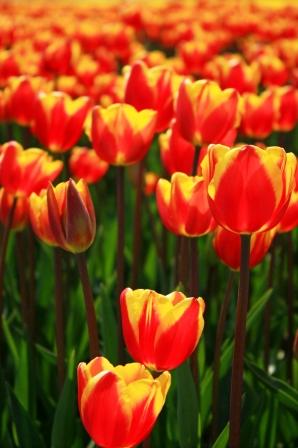 Josephine Hoffmann, age 95 of Greenville, passed away Thursday, January 21, 2021 at Greenville Nursing and Rehab in Greenville.

Funeral services will be held 11:00 a.m. Friday, January 29, 2021 at the Donnell – Wiegand Funeral Home in Greenville. Interment will follow in Mt. Auburn Cemetery. Darryl Bolen will officiate. Memorials may be made to the Bond County Senior’s Center.

She was born November 28, 1925 to Allsie H. Jett and Adah (Allen) in Kansas City, Missouri. She graduated from Collinsville (IL) High School in 1943. During her high school years she was a member of the Collinsville Drum and Bugle Corps.

She married James L. Hoffmann on June 1, 1947 in the priest’s home at SS. Peter and Paul Catholic Church in Collinsville, Illinois. They were married for 57 years until his death on December 15, 2004.

She was employed with Chrysler in Detroit, Michigan during WWII from 1943 – 1945. She then worked with Michigan Bell as a telephone operator until relocating to Collinsville, Illinois and eventually Greenville, Illinois where she worked as a telephone operator for Illinois Bell until 1964. Josephine sold Avon for over 30 years, winning many top selling awards and trips. She was also a member of the Illinois Gladiolus Society for over 50 years, serving as president from 1971 – 1975. She enjoyed playing pinochle at the American Legion and later at the Greenville Senior Citizens Center.

In addition to her husband Jim; and parents, Adah Callahan and Alsie Jett; she was preceded in death by a daughter, Laura Hoffmann; son-in-law, David Laux; sisters, Aloha Reimiller and Elsie Rainbolt; brother, Allsie Jett; and a special niece, Ruth Reimiler Thompson.