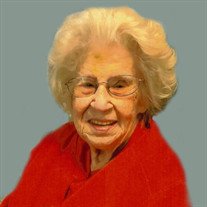 She was a former member of Hope Lutheran Church. She was also a member of VFW Post #5694 Auxiliary.

Joyce was born in St. Morgan, IL and grew up there. She had worked at Highland Embroidery Works, and Highland Shoe Factory. At age 20 she married and moved to Highland. She worked at Artex International for 30 years. She later worked at Niala Beauty Shop, and Hi Top Bowl. Joyce played the Dulcimer and entertained patients at Highland Home and Faith Countryside Homes. She also enjoyed spending time with her grandchildren and great grandchildren, gardening, and raising her flowers.

Private visitation will be held at Spengel-Boulanger Funeral Home in Highland, IL.

Memorial contributions may be made to Huntington Disease Society of America.