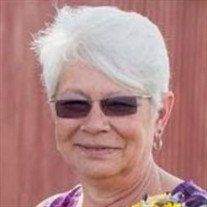 She was a member of Grantfork United Church of Christ. She was also a member of Madison County Fair Board, Grantfork Fireman’s Auxiliary, Grantfork Historical Society and 4H Auction Committee.

Maggie was born in Highland and graduated Livingston High School in 1978. After graduating she worked at Forest Mutual in Edwardsville, then Madison Mutual. She stared work for the Bank of Edwardsville (now Busey Bank) and worked at several locations in the area in their Loan Department. Maggie enjoyed crafts, reading, watching racing and shopping with friends.

Private visitation will be held at Spengel-Boulanger Funeral Home in Highland, IL.

Interment will be at Grantfork United Church of Christ Cemetery in Grantfork, IL.