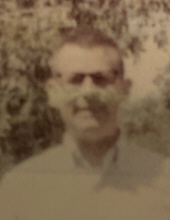 Rex L. Peterson age 82 of Greenville, formerly of Oklahoma City and Tulsa Ok, passed away at his home on Wednesday.

Rex L. Peterson, the son of Ervin Lawrence Peterson and Mary Martha Lucinda Goodin Peterson was born on February 14, 1938 in Greenville. He attended Central School here and the family moved to Tulsa, OK where he was raised. Rex graduated from Will Rogers High School in 1956. Rex answered his countries call by joining the United States Marine Corps in 1960 and was honorably discharged in 1965. Rex then joined the optical business where he made and fitted eye glasses for many years in the Tulsa Area. He later moved to Oklahoma City, and back to his roots here in Greenville in 2018.

Rex and Phyllis Jeanetta Young were united in marriage in 1962 and enjoyed over 18 years before her death in 1980. Rex is also preceded in death by his parents and brother Raymond Peterson in December of 2017.