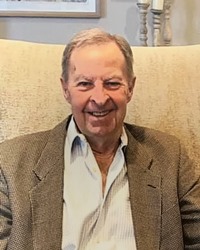 Thomas James Marti, aged 77, passed away peacefully on January 4, 2021, at Cedar Ridge Health and Rehab Center in Lebanon, Illinois. He was born on June 18, 1943, in Vandalia, Illinois, the son of the late Thomas J. and Jean (Buchmiller) Marti. He was the grandson of the late William and Helen Buchmiller and Fred and Dewey Marti.

Funeral services will be held 2:00 p.m. Sunday, January 10, 2021 in Mt. Auburn Cemetery. Masks and social distancing please. The family will gather at the Donnell – Wiegand Funeral Home from 1:00 p.m. until service time. Everyone is welcome to join the family at the Cemetery. Memorials are asked to be made to Parkinson's Foundation of Illinois. Please send checks to the funeral home, 203 West Oak Street, Greenville, Illinois 62246

He grew up in Smithboro and Greenville, Illinois and attended public schools in both communities. He graduated from Greenville High School, Class of 1961. Then graduated with a B.S. degree in Communications: Radio, Television, and Advertising from Southern Illinois University – Carbondale in 1966.

He served in the United States Army, being honorable discharged on February 8, 1972. He was a member of the First United Methodist Church – Greenville and was a Chicago Cubs fan.

Following graduation from SIUC, Tom worked in advertising in the Chicago, Illinois area. He later worked with John Hancock Insurance Company as a financial planner. His strength was working with seniors and long-term care planning.

He was the father of two children: Thomas (Amy) Marti of Mascoutah, Illinois; and Elizabeth Marti (Jason Rak) of Oakwood Hills, Illinois. Both survive.

Tom found his true calling when he became a grandfather. He loved attending baseball games, band concerts and plays, and gymnastic events. He was the proud grandfather of Aidan William, Ella Madeline, and Emily Jean Marti of Mascoutah, Illinois; and Zachary Thomas Zydel of Oakwood Hills, Illinois.

Other survivors include his sister Nancy Marti (Dr. Annis Hopkins) of Maryville, Illinois, and many cousins.

The family would like to thank the staff at Brightly Senior Living and the staff at Cedar Ridge Health and Rehab for their care and kindness. 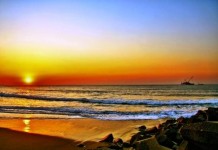