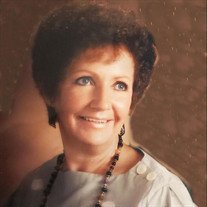 She was born and raised at Scott City, MO. She moved to Cahokia, IL, with her father and then met Billie. They lived in Cahokia not far from where they met. She graduated from cosmetology school and operated a beauty shop from their home as they lived in New Douglas and later St. Jacob, IL. In retirement they pulled a fifth wheel trailer as they wintered “Snow Birds” in Texas, Arizona and Florida for many years. She moved to Collinsville in 2006. She enjoyed crafts, painting, gardening and time at the Senior Center in Collinsville.

Memorial contributions may be made to Lifeline of Hope; St. Jude’s Hospital or American Heart Assoc.