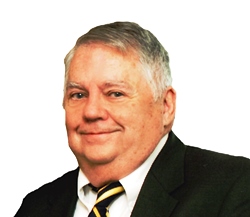 Ray Phillip Bollheimer, age 77, of Aviston passed away on Thursday, January 28, 2021 at St. Joseph’s Hospital in Breese. He was born on April 21, 1943 in Decatur, IL the son of Bernard Raymond and Lucie (Lorton) Bollheimer, Jr. He married Janet Akers on May 30, 1964 at Grace Methodist Church in Decatur and she preceded him in death on May 4, 2017.

Mr. Bollheimer was a Veteran of the United States Army and served in the Vietnam War. He was a graduate of both SIUC and SIUE where he obtained degrees in accounting and business administration finance. He spent much of his professional life working as an accountant in various different industries.

After their retirement, Ray and Janet loved traveling. They took many trips to places like Canada, Niagara Falls, Maryland, Colorado and everywhere in between.

Graveside services will be held at a later date at St. Francis Catholic Cemetery in Aviston.

Online condolences may be made to the Bollheimer family by visiting www.nordikefuneralhome.com.