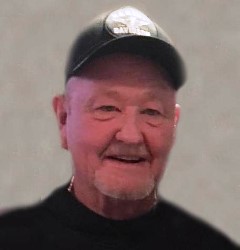 In addition to his parents, he was preceded in death by his son, Dylan Peek; his sisters, Darlene Peek and Sandy Strobl; his brother, Glen Peek, and his niece, Charity Peek.

Gary is survived by his daughter, Lauren (Adam) Branz of Centennial, CO; his grandchildren, Belle and Arlo Branz; his fiancée Patricia Wasser of Shattuc and her children, Craig (Sharon) Wasser of Highland, and Shawn Wasser of Greenville, and her grandchildren Kyle and Avery Wasser; his siblings, Dale (Paula) Peek of Aviston, Kevin Peek of Trenton, Deb (Linus) Buehne of St. Rose, and Kate (Jim) Buehne of St. Rose; his brother-in-law, John Strobl of Belleville; his nieces and nephews; the Outlaws; and his dogs, Bullet and Frank.

Gary was a veteran of the United States Navy and later went on to graduate from Southern Illinois Carbondale and received his Masters degree from the University of Illinois. He was employed by the Army Corp of Engineers of Carlyle, the Monterey Coal Co., and was proud to be a grain farmer. He was a member of St. Francis of Assisi Catholic Church in Aviston, Aviston American Legion Post 1239 where he was a former commander, and the Sons of the American Legion. Gary enjoyed golfing, farming, working on projects in his shed, and vintage vehicles. He loved to ride his custom-built Navy Harley Davidson motorcycle that won him many show prizes, cruising around in his 1957 Chevrolet, spending time with his dogs Bullet and Frank, and hanging out with his many friends in Boulder.

Funeral Mass of Christian Burial will be Thursday, March 25, 2021 at 11:00 a.m. at St. Francis of Assisi Catholic Church in Aviston with Fr. Daniel Friedman presiding. Interment will follow at St. Francis Cemetery in Aviston.

COVID-19 restrictions will be followed, masks required, social distancing, please keep your visit brief and mass will be limited to 150 people.

In lieu of flowers, plants, and other gifts, memorials may be made to the Aviston American Legion Post 1239 or Clinton County Vietnam Veterans and will be received at the funeral home or by mail, Moss Funeral Home, 535 N. 5th, Breese, IL 62230 who is serving the family. 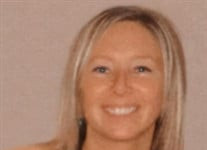