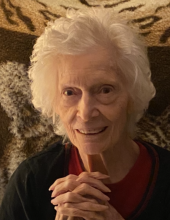 Geraleene “Geri” Boothe, age of 100, of Greenville passed away Friday, March 5, 2021 at her home. Visitation will be held Wednesday, March 10, 2021 from 11 AM until 12 noon at Young Funeral Home. Visitation will be held Friday March 12, 2021 from 1 PM until 2 PM at Dilday-Carter Funeral Home in Huntingdon, TN, followed by a graveside service at Bethlehem Cemetery. In lieu of flowers, memorial contributions are suggested to The American Cancer Society or to Our Redeemer Lutheran Church.

She is survived by her children; John (Barb) Boothe, Jr of Belleville, IL and Sherry (David) Rezabek of Greenville,IL. She is also survived by a sister Dolly Allers of St. Louis, MO, along with her grandchildren Scott Boothe, John Rezabek, and Kim Rezabek and her great grandchildren Cassidy Boothe and Nicholas Boothe.

She was preceded in death by her husband, a son Jack Boothe, a granddaughter Michelle Boothe, and a brother James Chandler.

She grew up in the Gleason, TN area. She and her husband moved to St. Louis, MO in 1950 and then to Red Bud, IL in 1955. They then moved to Williamson, IL where they lived for over 40 years. She moved to Greenville in 2008. She worked at St. Elizabeth’s Hospital in Belleville, IL until her retirement. She was a member of Our Redeemer Lutheran Church in Greenville, IL.