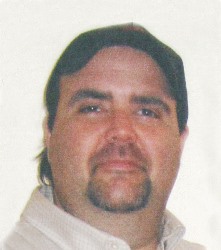 He was born September 13, 1973 in Belleville, a son of James “Jim” and Carol, nee Fink, Metzger of Trenton.

Joe graduated from Mater Dei Catholic High School in Breese in 1991 and later attended Florida Culinary Institute and graduated in 1996. He worked at several restaurants in Florida before returning to Illinois. Joe was the current co-owner/operator of 7 West Bar and Grill in Trenton, The Cobblestone Eatery and Drinkery in Lebanon, and Dive Bar in Fairview Heights. In addition, he started the local group of Narcotics Anonymous, who met at the First United Methodist Church in Trenton. He enjoyed hunting, fishing, and precision rifle shooting.

A Celebration of Life Service will be held Thursday, March 11, 2021 at 7:00 p.m. at Moss Funeral Home in Trenton with Pastor Mark Smith officiating.

Memorials may be made to Narcotics Anonymous and will be received through Moss Funeral Home, 105 St. Main, Trenton, IL 62293 who is serving the family.