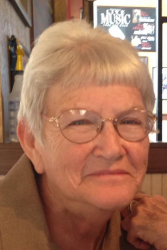 Sandra Lee Hawkins, age 79, of Mulberry Grove, IL passed away Saturday, March 6, 2021 at Greenville Nursing and Rehab Center. A memorial service will be held Saturday, March 13, 2021, at 11 AM at The Greenville First Christian Church. Memorial contributions are suggested to the family.