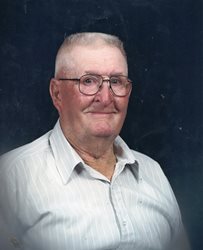 Funeral services will be held at 10 a.m. Wednesday, March 31, 2021 at the Donnell-Wiegand Funeral Home in Greenville with Pastor Tom Rankin officiating. Interment will follow in Mt. Auburn Cemetery. The family will receive friends at Donnell-Wiegand from 4 until 8 p.m. Tuesday and Wednesday from 8 a.m. until service time. For those who desire memorials in Webster’s memory may be made to the Wisetown Baptist Church or to Mt. Auburn Cemetery.

Webster Arsene Reymond, the son of George Henry Reymond and Emma Elizabeth Neudecker Reymond, was born on January 19, 1919 in Wheatfield Township in Clinton County. Webster’s family then moved to Southern Bond County where he grew up and attended Drake one Room School. Webster began farming with horses. He moved to the present location in February of 1945 and ended farming with tractors. Webster last drove the combine at age 95.

Webster was a member of the Wisetown Baptist Church and was the oldest member.