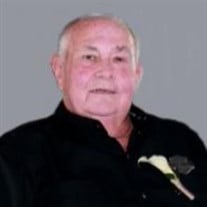 He was a member of the Teamsters and Woodmen of the World, Lodge 105, Highland, IL (Life Member).

He was born in Highland, IL and grew up on the family farm north of Highland. He lived most of his life on the family farm. He enjoyed driving a truck and was a truck driver most of his life driving for many companies as a Teamster. He was a part time farmer, farming the family farm. He enjoyed time with his family especially his grandchildren and great grandchildren. He spent many mornings at the Highland Diner with friends; bowled on leagues at the Grantfork Bowling Alley and enjoyed cooking.

Memorial contributions may be made to Shriners Hospitals for Children or Heartland Hospice.