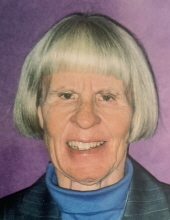 She was born on November 27, 1937 at St. Joseph’s Hospital in Highland, IL.
Jan, as she was fondly known, was an active member of the Highland Evangelical United Church of Christ for nearly 60 years where she served as a Sound Technician for eleven years, assisted in calling ushers for twelve years, sang in the Chancel Choir for a number of years, assisted with Confirmation classes for five years, and helped in Sunday School until the time of her passing. She and Casper also served as Church Caregivers to those hospitalized, living at Highland Healthcare Center, other nursing home facilities, and some additional shut-ins. Everyone knew that when the Church doors were open, Jan and Casper would be there.

Jan and Casper Heichelbeck were united in marriage on January 6, 1962 at the Highland Evangelical and Reformed Church. They enjoyed 58 years together, and have one daughter, Tamie, both of whom survive. As a loving mother and wife, her family meant the world to her, and she always openly expressed that sentiment.

Given their passion for preserving history, Jan and Casper were both active members with the Highland Historical Society. They enjoyed traveling in the United States and Canada. She also enjoyed baking, flower gardening, Cardinal baseball games, her cats, and volunteering at her church. She especially enjoyed being around the children and helping Tamie with the 3 & 4 year Sunday School class and later Kid’s Korner. Jan was a loving, supportive, and gracious Christian woman. Her faith was very important to her, and she exemplified that by always putting others’ needs first before her own. She was also a people-person. She always had a smile, hug, or encouraging word for those she knew, and a friendly hello to those she didn’t.

Arrangements are being handled by: Donnell-Wiegand Funeral Home in Greenville.

A Celebration of Life service will be held 3:00 p.m. Sunday, May 9, 2021 at the Evangelical United Church of Christ in Highland. Visitation will be held at the church prior from 1:00 till 2:45 p.m. Pastors Todd Bean and Darryl Bolen will be officiating.

Condolences for the family can be made online www.donnellwiegand.com.