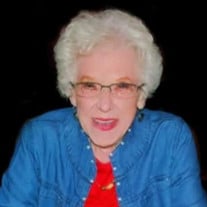 She was a member of Grantfork United Church of Christ, Grantfork, IL.

She was born at Tamalco, IL, and grew up in Bond County on the family dairy farm. She graduated from Pocahontas High School in 1947. She met her husband at a dance in Grantfork at Diamond Mineral Springs. They lived in Highland and he started Widman Construction in the late 1960’s. Jean worked at the Highland Shoe factory, was a telephone operator, Basler Electric and Jakel Manufacturing. They built their family home in the Grantfork timber south of town. Jean was the contractor’s wife for the company. She moved after her husband’s death into town in 1997. She liked to paint pictures, sewing, canoe trips on the Jack’s Fork river, wintering in Ft Meyers, FL, traveling to Switzerland, Germany (three times), England and cruises.

Funeral Service will be at 10:00 AM on Tuesday, May 18, 2021, at Spengel-Boulanger Funeral Home in Highland, IL, with Rev. Tim A. Darmour-Paul, Pastor, officiating.

Interment will be at Grantfork United Church of Christ Cemetery in Grantfork, IL.