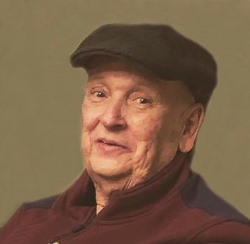 He was born November 24, 1946 in Breese, son of the late Robert “Bob” and Lorraine, nee Lampen, Hummert and married Carol Fuehne on June 25, 1971 at St. Dominic Catholic Church in Breese and she survives in St. Louis.

In addition to his parents, Bill was preceded in death by his brother Rob Hummert and his father-inlaw and mother-in-law, Ted and Johanna, nee Winkler, Fuehne.

Bill was a veteran of the United States Air Force and retired from the Illinois Department of Transportation as a highway maintainer. He was a member of Incarnate Word Parish in Chesterfield, MO and formerly a member of St. Dominic Catholic Church in Breese. Bill enjoyed spending time at his clubhouse, golfing, playing cards, watching the St. Louis Cardinals, but his pride and joy was his granddaughter, Lila

All services will be private.

In lieu of flowers, plants, and other gifts, memorials may be made to Operation Food Search and will be received by mail, Moss Funeral Home, 535 N. 5th, Breese, IL, 62230 who is serving the family.