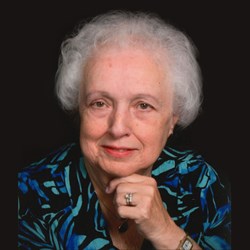 She was born August 19, 1935 in Mascoutah, a daughter of the late Carl and Leona, nee Swanner, Weilmuenster. She married Ralph Eilermann on May 9, 1964 at Holy Childhood Catholic Church in Mascoutah and he preceded her in death on December 15, 2020.

Mary retired from Cambridge Industries Inc. as a laborer and was a seamstress. She was a member of St. George Catholic Church and Alter Sodality in New Baden, New Baden American Legion Auxiliary Unit 321, and Clinton County Farm Bureau. She enjoyed bingo, playing cards, gardening flowers, and spending time with her family, especially her grandkids and great-grandkids.

In lieu of flowers, plants, and other gifts, memorials may be made to the Resurrection Cemetery Fund, Mater Dei Catholic High School, or All Saints Academy and will be received at the church or through Moss Funeral Home, 535 N. 5th, Breese, IL 62230 who is serving the family.