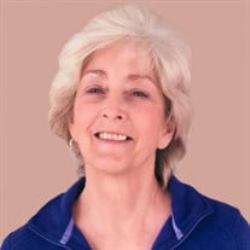 Regina was born on December 11, 1944, in Fresno, CA, the daughter of Richard and Lottie (nee Sowers) Karnes. The family later settled in Princeton, WV where Regina graduated from Princeton High School in 1963. In 1966, Regina graduated from Bellevue Nursing School in New York City and married Dewey Whittaker, her high school sweetheart. Dewey, an Airman in the USAF, was sent to Vietnam one month later. Throughout Dewey’s 25-year military career and after, Regina worked in more than 10 hospitals as a critical care and O.R. nurse. Regina was a devoted wife, mother, grandmother, sister, and friend. She loved animals and the color blue. Most of all, she loved her husband, Dewey. Together nearly 60 years, they were inseparable. Regina passed with Dewey by her side, holding her hand. Regina will be dearly missed by the many family members and friends who love her. We will never forget her.

She was preceded in death by her parents.

The family will host a private celebration of Regina’s life at a later date.

Memorial contributions may be made to the Alzheimer’s Association.