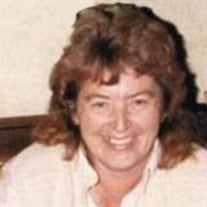 Shirley was born on Thursday, October 15, 1936 in Dieterich, Illinois; the daughter of Charles and Iva (nee Shouse) Smith. On November 09, 1952, she married Wilbert Raymond Wheeler at Dieterich, IL. Shirley was a military wife for 20 years. She was a member of The Church of Jesus Christ of Latter-day Saints and served seven missions at Martin’s Cove in Alcova, WY with her husband. Shirley also worked in the St. Louis Missouri Temple for 12 years. Shirley drove a school bus for over 40 years. She was an avid reader and collector of Beanie Babies and recipe books. She loved growing flowers and was a wonderful cook. She was well known for her banana cream, pecan, and lemon meringue pies. She raised Himalayan cats for 25 years under the name of Whispurrkiss, because her husband liked the name “Whisper” for quiet kittens. She was a loving mother to seven children, who she considered her most precious work on earth.

Interment will be at Oakridge Cemetery in Effingham, IL.