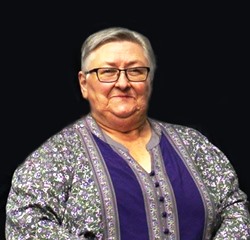 She was born May 8, 1942 in Indianapolis, IN, a daughter of the late Ulysses and Merle, nee Cossel, Webb.

In addition to her parents, she was preceded in death by her husband, Joseph Therion, whom she married April 27, 1963 at St. Mary Catholic Church in Trenton and who died March 15, 2009; brothers, Carl Pillers and Phillip Pillers; and brothers-in-law, Doug Strong, Michael Therion, and Patrick Therion.

Ann was formerly employed by the Clinton County Sheriff Department as a 911 dispatcher and correctional deputy. She was a member of the Trenton Library Board for 40 plus years, Kaskaskia Library Board for 20 plus years, and volunteered at Cahokia Mounds. She enjoyed reading books and newspapers and doing crossword puzzles.

Memorial Service will be Friday, September 17, 2021 at 11:00 a.m. at Moss Funeral Home in Trenton with Rev. Thomas Rankin officiating.

In lieu of flowers, plants, or other gifts, memorials may be made to Trenton Library or Highland Animal Shelter and will be received at the funeral home or by mail, Moss Funeral Home 105 S. Main St. Trenton, IL 62293, who is serving the family.