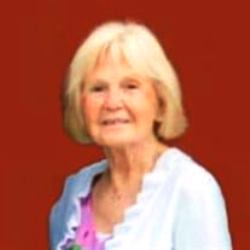 She was a member of Northsmoke Church, Collinsville, IL.

She enjoyed over all her family, also cooking, baking and listening to Christian Music.

Funeral service will be at 10:30 AM on Tuesday, September 14, 2021, at Northsmoke Church in Collinsville, IL., with Matthew Allaria, officiating.

Interment will be at Rose Lawn Memory Gardens in Bethalto, IL.

Memorial contributions may be made to Northsmoke Church..