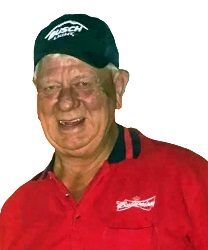 Roger Fred Beckmann, age 66, of Hoffman passed away on Friday, September 10, 2021 at his home surrounded by loved ones. He was born in Breese on April 20, 1955, the son of Leo B. and Leona (Mueller) Beckmann. He married Trish Dillon in Swansea, Illinois on October 18, 1980 and she survives in Hoffman.

Roger could do anything and fix anything, he loved to be outdoors fishing, hunting, or spending time at the river. He and his wife Trish are the owners of the Hoffman House Bar and restaurant where they have made many great friends that Roger enjoyed spending time with. He loved his boys but more than that he loved his two grandchildren and daughter-in-law Cassie. He enjoyed his time with family and friends and will be greatly missed by all who knew him.

Visitation will be held from 2:00 until 5:00 PM on Monday, September 13, 2021 at Nordike Funeral Home in Carlyle. A memorial service will begin at 5:00 PM with Rev. Ted Macon officiating.

The Beckman family strongly encourages that those wishing to pay tribute to Roger do so in the form of memorials made in memory of him to the Hoffman Volunteer Fire Department, as an alternative to flowers, gifts, or other customary remembrances. Memorials will be accepted at Nordike Funeral Home, 740 Fairfax Street, Carlyle, IL 62231.

Online condolences may be made to the Beckmann family by visiting www.nordikefuneralhome.com.