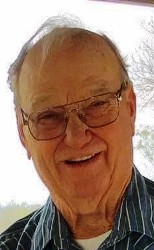 Charles was the son of Jasper and Ella Irene (Dewitt) Owens. He was born August 11, 1937, in Havana, AR. Charles joined the United States Air Force July 17, 1957, and was stationed at Larson Air Force Base in Washington, where he was awarded the Good Conduct Medal.

He married Myrtle Dee Owens (Bell) October 14, 1966, in East St. Louis, IL. They moved to O’Fallon, IL where they resided for many years before they fulfilled their dream of living in the country in Greenville, IL. Charles was an over-the-road truck driver who travelled hundreds of thousands of miles over 50 years. He loved his family with his entire heart and soul and wasn’t shy about telling anyone how proud he was of them. He never knew a stranger and could talk for hours to anyone.

Charles was preceded in death by his parents, wife, four sisters and two brothers.

Visitation will be at 11:00AM on Tuesday, October 26, 2021, at Assalley-Young Funeral Home, Greenville, IL. The funeral service will begin at 12:00PM, officiated by Patrick Bland. Burial to follow at Mt. Auburn Cemetery, in Greenville, IL.

Memorial contributions may be made to the family.

Please visit www.assalleyfuneralhomes.com to share memories of Charles or offer condolences to the family.